I spent three days in Latvia. It was in August 2016. An unexpected trip. I got some extra free days on my way back from motherland Switzerland to current-land Iceland. The main target was Stockholm, Sweden. As I recently crossed the Baltic from Finland to Estonia, I thought: why not do it again from Sweden to Latvia? So did I. It is longer to cross. You need to spend the night and sleep on-board the duty-free ferry, which is fun and much cheaper than a standard hotel night. And you wake up in a new country. I like that feeling! 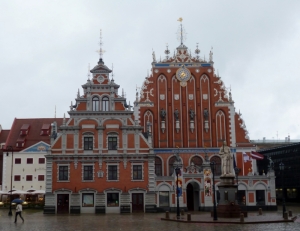 Day 1. Rain, rain and rain. I managed to find shelters to take some pictures of Rīga city centre. Rīga, 2/3 of a million inhabitants. Latvia, 2 million inhabitants. I killed the rainy weather trying the local alcoholic delicacy, the black balsam, a mixture of 24 different plants, plus vodka. It tastes good, particularly the variant with blackcurrant. It is known to have many medicinal qualities. Maybe that is why I did not get sick in spite of the poor weather conditions? I noticed that their language, Latvian, differs from Estonian. It is a Balto-Slavic language related to Lithuanian, Estonian being a Finnic language thus linked to Finnish. I spent the afternoon wandering around the major monuments of the capital, among them the Freedom Monument and the 14th century House of the Blackheads (in Latvian: Melngalvju nams; in German: Schwarzhäupterhaus), whose main purpose was to be a meeting point for unmarried German merchants. It was bombed during World War II by the… Germans before to be rebuilt for Rīga’s 800th birthday in the late 20th century. As in Tallinn (Estonia) the paved city centre is a UNESCO World Heritage site. 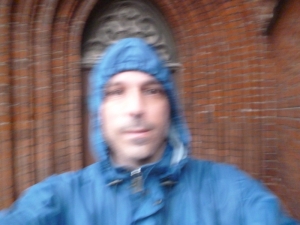 Too much black balsam?

In the evening, I enjoyed the local soda, kvass, made of fermented rye bread, more popular in Latvia than any other soda!

Day 2. Rain again, but sunny forecast for Lithuania. I made it be a Lithuanian day and spotted from the bus the green countryside of Central Latvia.

Day 3. No rain along river Daugava. I jumped on a small boat to discover more of Rīga before heading to Art Nouveau streets, Rīga being the artnouveauest city in the world! Before heading back to the ferry and to Sweden, I took the time to visit Kristus Piedzimšanas pareizticīgo katedrāle, better known as Христорождественский кафедральный собор, or the Nativity of Christ Orthodox Cathedral of Rīga, for the few of you who do not master either Russian or Latvian. The communists converted the cathedral dome into a planetarium! I wonder if turning all religious domes into planetariums would make the world a better place? Just wondering… 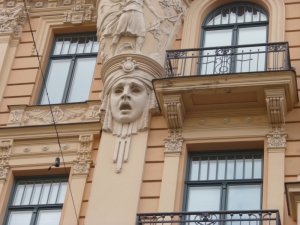